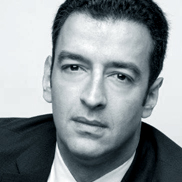 As a criminal law practitioner, George Pyromallis specialises in business and financial crime, and has participated in most significant white collar and business crime cases in Greece in the last 15 years. He has extensive experience in most types of business crimes, i.a. financial fraud, money laundering, corruption practices, anti-terrorism, insider trading, medical malpractice, product liability, subsidies fraud. He has extensive experience in European Arrest Warrant, extradition and mutual assistance cases.

George advises and represent international and domestic corporations and institutions from various sectors, as well as governments and governmental organisations. Since 2007, he cooperates with Fair Trials International and he is a member of its Legal Experts Advisory Panel. He was a member (as the representative of the Athens Bar Association) of the Central Scientific Council for Prisons of the Greek Ministry of Justice.