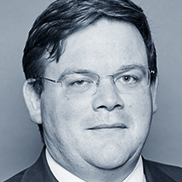 Ben Keith is a leading specialist in Extradition and International Crime.  As well as dealing with Serious Fraud, Immigration, and Public law, he has extensive experience of appellate proceedings as well as applications and appeals to the European Court of Human Rights (ECHR) and United Nations.

Ben is one of the most experienced and highly regarded extradition barristers. He regularly acts for clients based in foreign jurisdictions who seek his advice on extradition, Interpol and associated issues. He is sought after to represent politically exposed persons in extradition, immigration and financial proceedings. He has significant expertise in the challenge and removal of INTERPOL Red Notices.

In criminal trial practice, Ben represents in serious and complex crime matters. Ben advises in relation to MLA and cross boarder financial crime issues including confiscation and corruption as well as offshore frauds in criminal proceedings.
Extensive expertise in search warrants and associated public law challenges in criminal cases, as well as in appeal proceedings and judicial review of criminal cases.

Ben also specializes in immigration and acts in complex asylum claims linked to extradition proceedings and Interpol Red Notices and especially those claiming asylum from former soviet states. Advises and represents in relation to nationality applications, Restrictive Leave to Remain policy in sensitive and high-profile cases as well as human rights applications.
Ben is appointed to the International Criminal Court and Kosovo Tribunal counsel lists in the Hague. Recently presented at the UN conference on Reparations in Doha, Qatar as well as for the Arab Organisation for Human Rights in London and Geneva. Advises individuals and NGO’s on international law and Universal Jurisdiction.

Ranked in Chambers and Partners as a band 1 leader in the field of Extradition at the London Bar and in the Legal 500 as a band 1 leading individual in international crime and extradition. The guides say the following:

An exceptionally well-regarded barrister who has undertaken a number of complex and unusual extradition cases. As well as having vast experience of handling European Arrest Warrants, war crimes and cases involving political corruption, he is highlighted as a “knowledgeable, go-to junior” for cases stemming from Russia and Ukraine – Chambers and Partners 2020

“A fount of knowledge who must have dealt with every country the UK has an extradition treaty with. He’s very approachable and leads others to have confidence in him.” “Out of this world,” he “has in-depth knowledge and has defended numerous individuals in the most serious cases.” Chambers and Partners 2020

“Wins cases on preparation alone, excellent advocacy and witness handling. Goes out of his way to advise and assist solicitors.” Legal 500 2020

“Gifted, very diligent and up-to-date on the law.” “He is unafraid to raise challenges on all sorts of issues, and has his finger on the pulse.” “He is a really clear, straight-to-the-point advocate.”

“One of the most experienced barristers specialising in extradition relating to former Soviet states and the more complicated cases that involve political motivations.”

“He has built a career in defending those from former Soviet states and is an expert in dealing with those countries.” “His knowledge of Russia and the political situation is unrivalled.”

“He is tactically astute, fantastic with clients, and adept at giving straightforward and accessible advice in the most complex cases.”